A brief interview with Michel Clement and Sabrina Sandner (WP6) 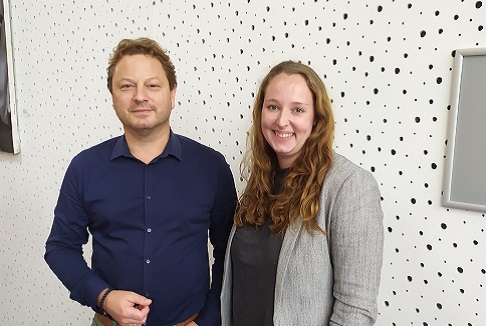 Michel Clement and Sabrina Sandner are the local leaders of Work Package 6 at the University of Hamburg. In the last two years they worked, along with the WP 6 team, on the development of a standard Donor Health Questionnaire, one of the key deliverables of the wholeTranspose Project.

Michel and Sabrina, how do you think the Transpose DHQ will impact on the donor selection policies in EU?
Due to the careful and detailed development of the DHQ and the discussion with international experts, I believe that we can present a DHQ that may serve as a guideline for relevant authorities. We present an up to date DHQ that has been tested and validated in several countries. The DHQ is characterized mainly by its diversity and flexibility and can therefore be used in a wide variety of situations.

Which were the most debated subjects in the drafting of the DHQ?
Across Europe, we had a basic understanding about the content of the DHQ. Nevertheless, we need to account for heterogeneity across countries and authorities. In addition, we also have to account for cultural differences in the answering behavior. As there are differences in the deferral periods across countries, there has been some discussion on this issue. However, in all cases a compromise was found. But it is precisely this international exchange and cooperation with several countries that characterizes this project and makes it unique.

Have you ever thought “we’ll never get an agreement about this topic”?
No, there were some questions that were discussed longer than others, but in the end a quite clear solution could always be found. The decision were made evidence based – thus at the end it was all about science.